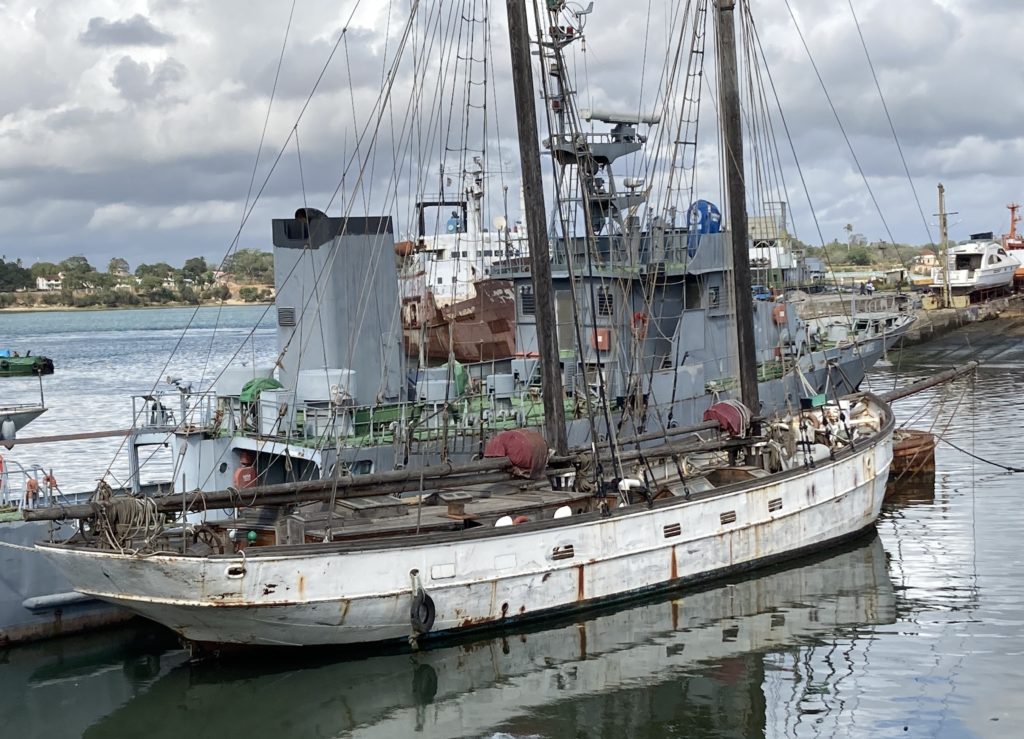 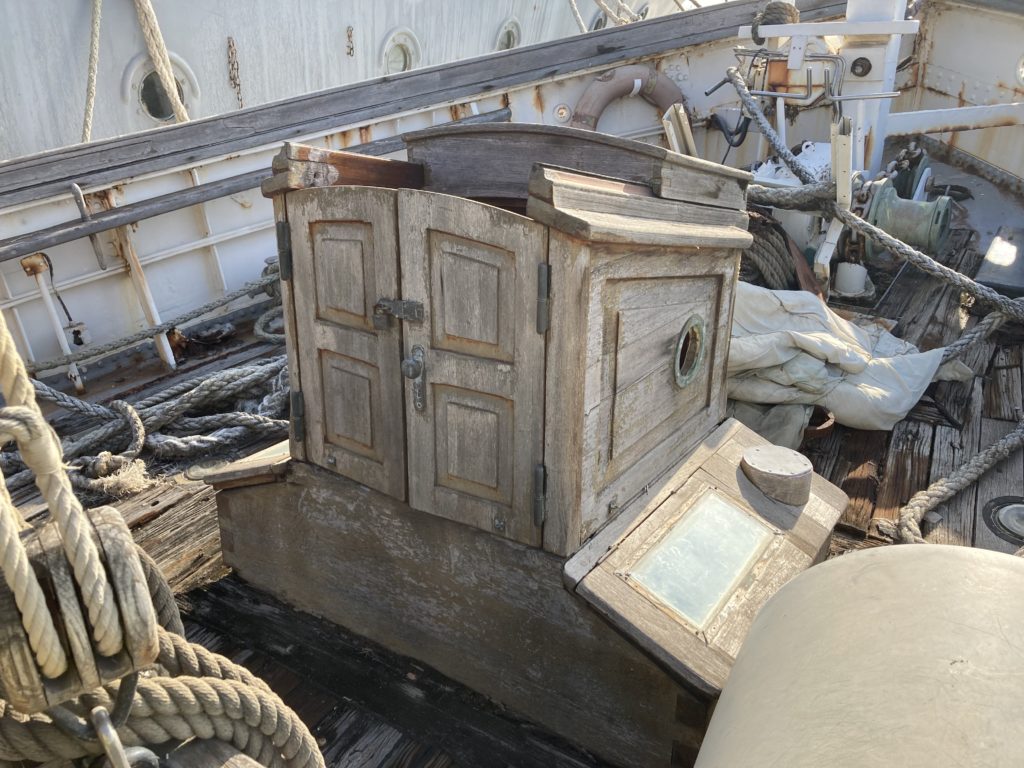 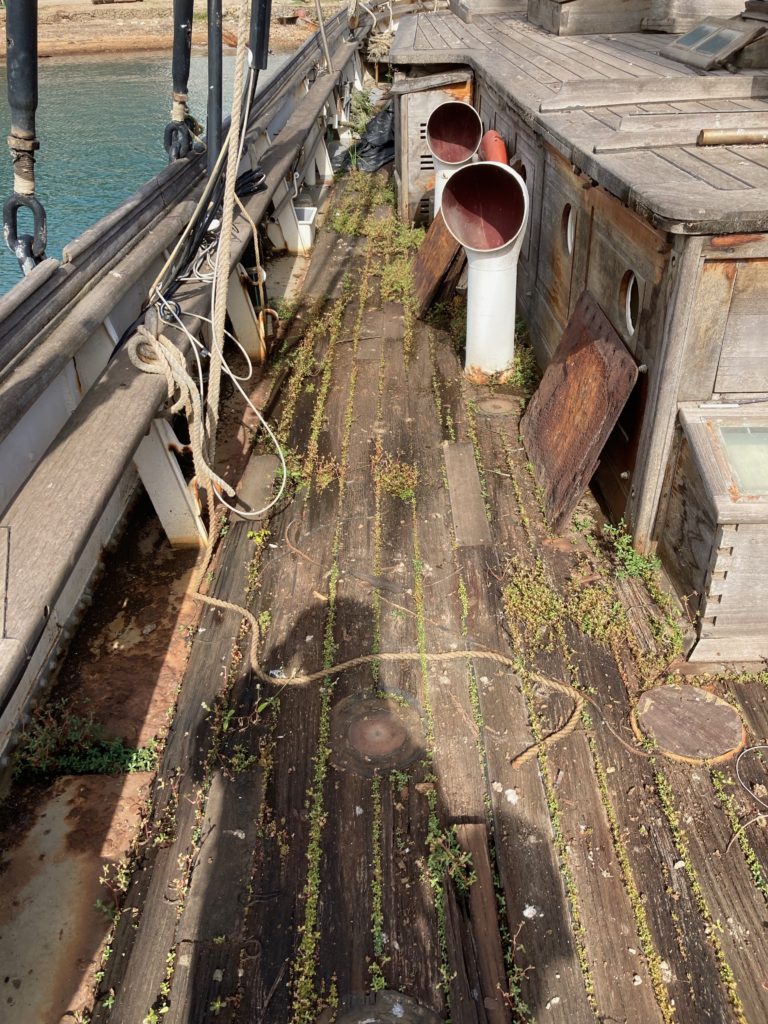 Abandoned in Mombassa, Kenya the yacht will be basically gifted to an individual, or historic society, etc whom will be able to guarantee a restoration, The problem facing any prospective restorer would be the shipping costs to get her across the world. Having said that there are very skilled people and exotic timbers in Kenya so the vessel could be partially restored and then sailed to Europe.

"She is made of riveted wrought iron plates on the hull with the superstructure above deck built out of wood. In addition to the three sails she has a 700hp Deutz engine connected to a fixed pitch propeller sustaining a speed of 7 knots. In 2001 she was refitted and updated into a twin cabin yacht with shower rooms and a double en-suite bathroom."

The vessel ran aground in 2014 and was refloated by the crew in Zanzibar. It is reported that the British owners abandoned the vessel and the crew because of a wage dispute. The crew sued and the vessel was auctioned to pay the crew.

She is made of riveted wrought iron plates on the hull with the superstructure above deck created out of wood.