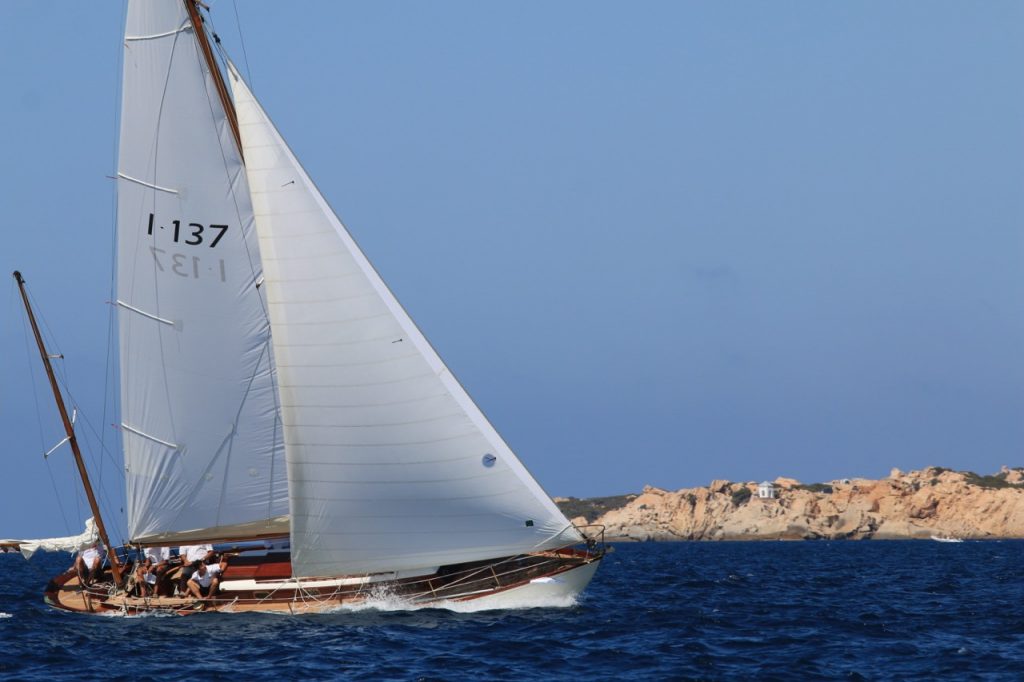 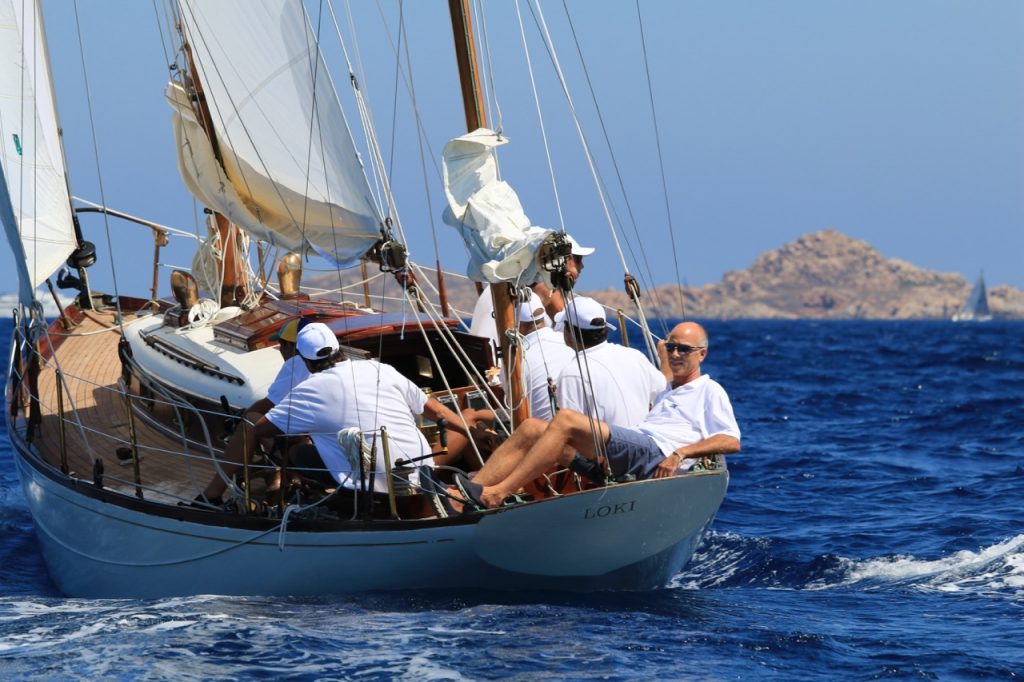 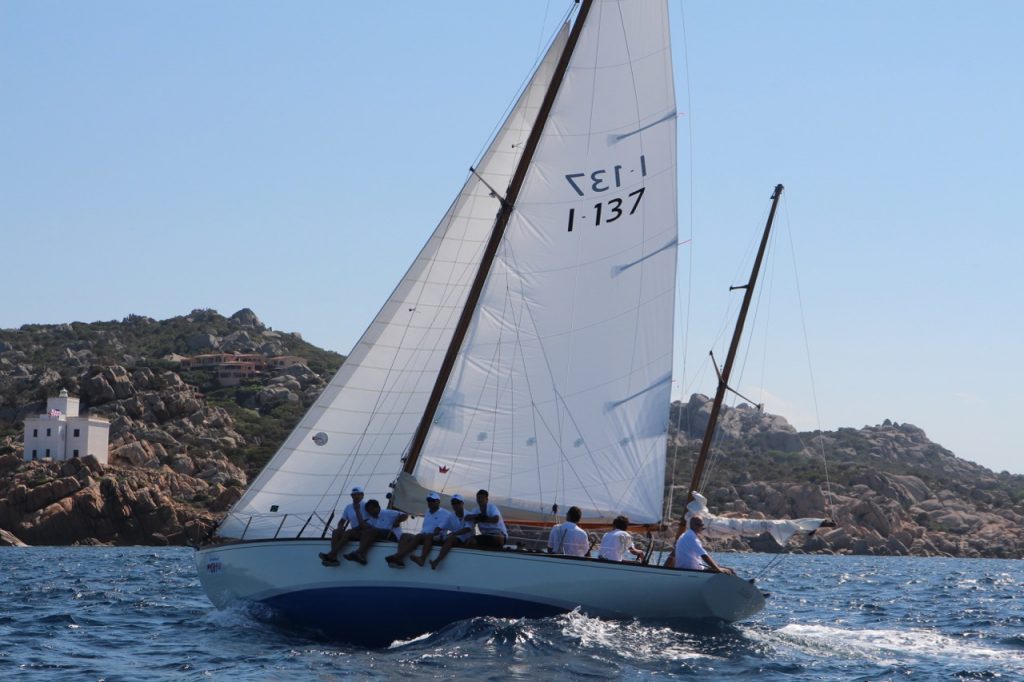 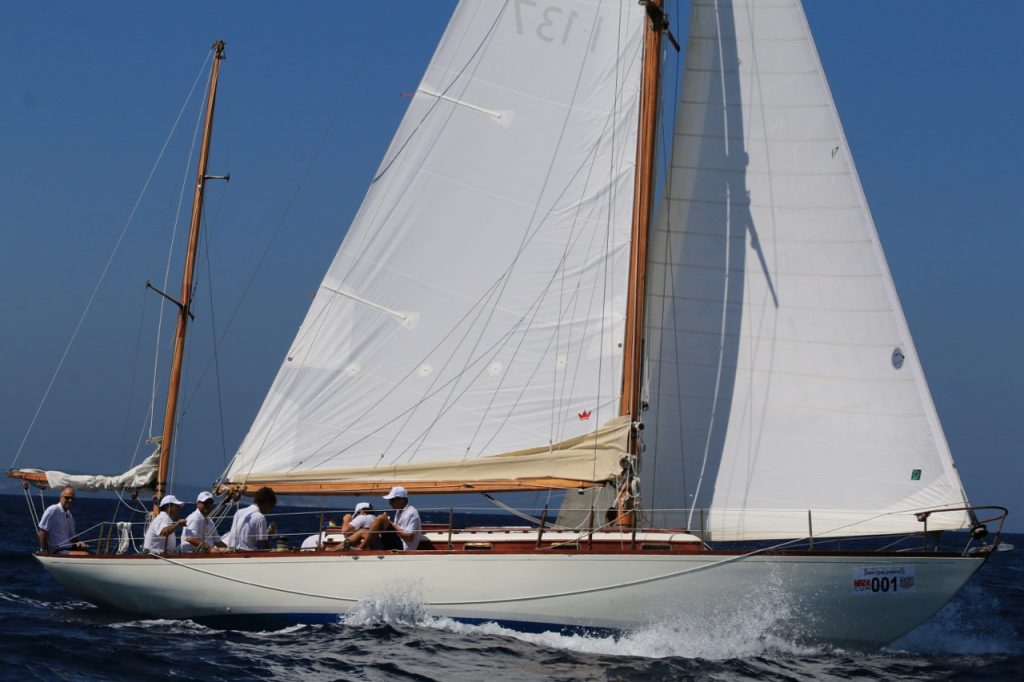 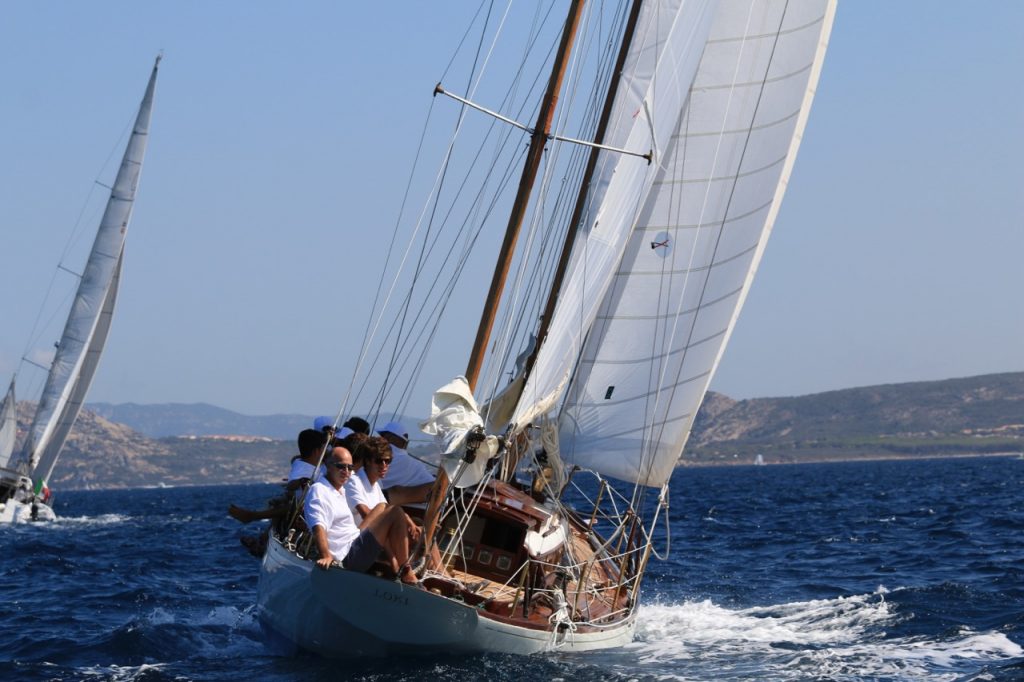 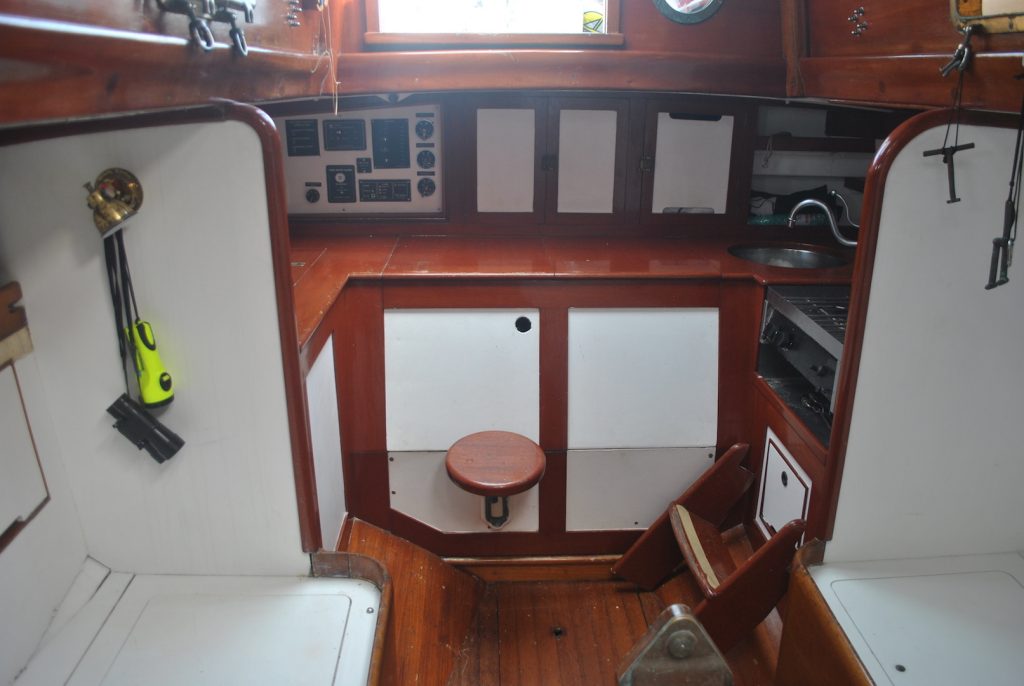 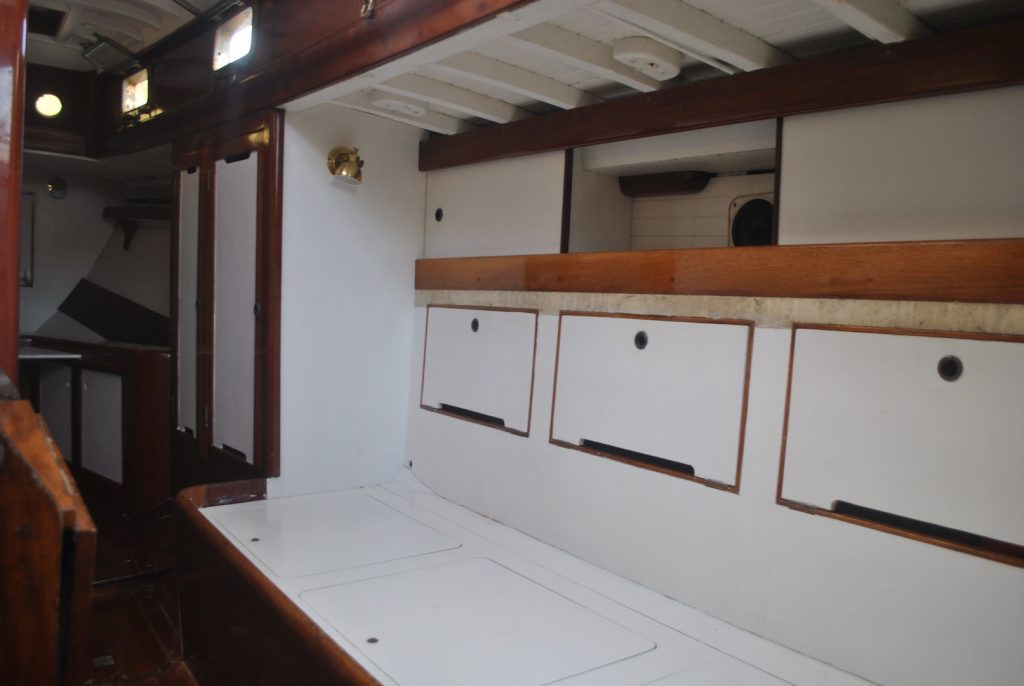 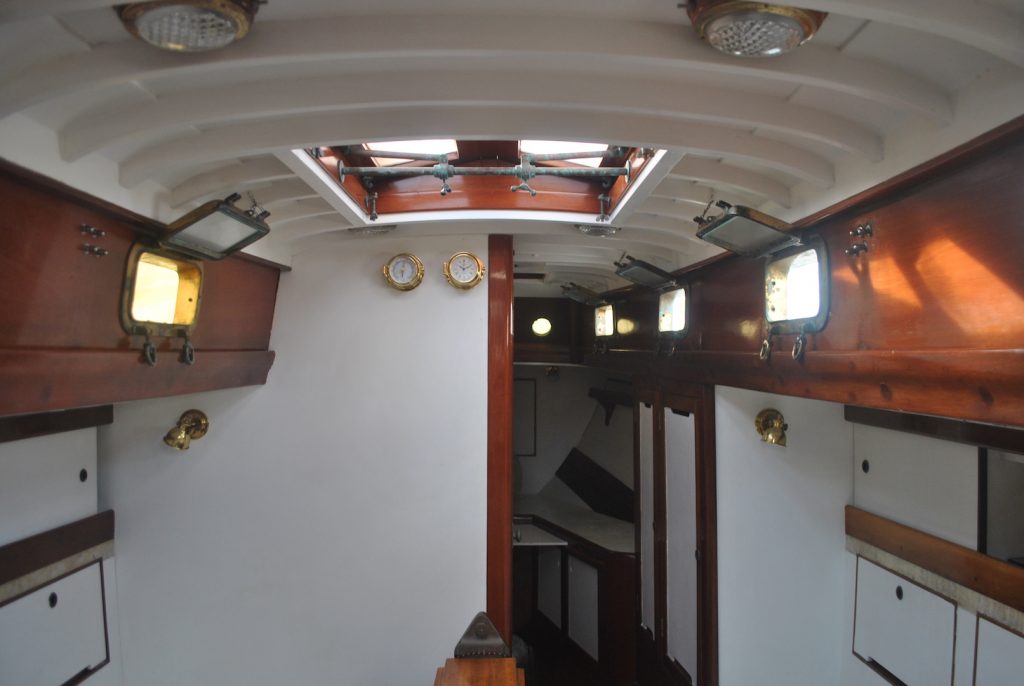 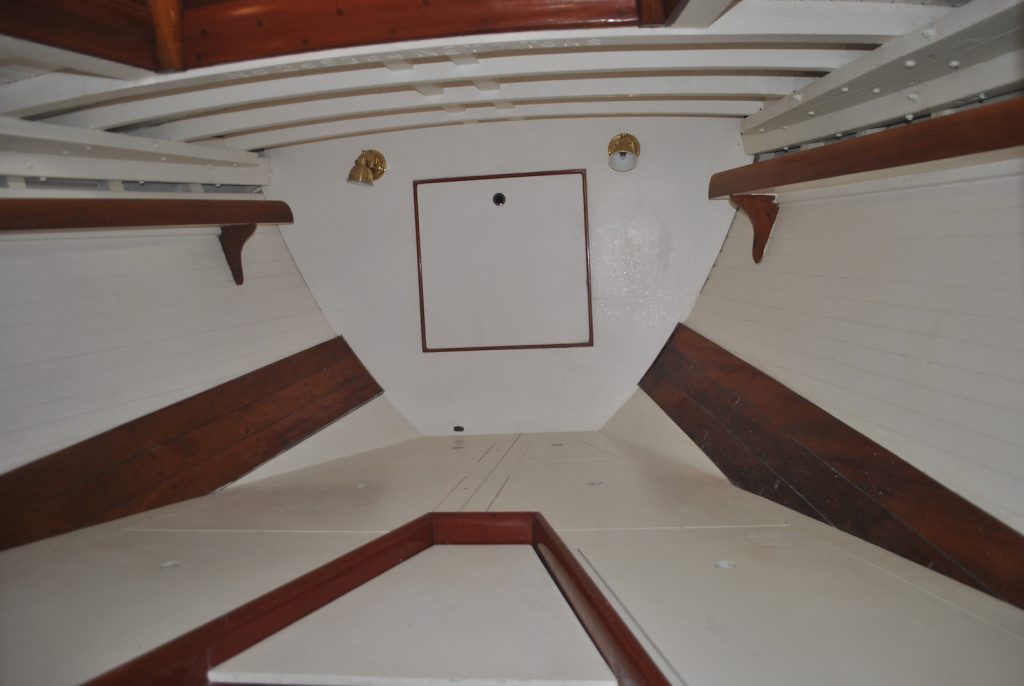 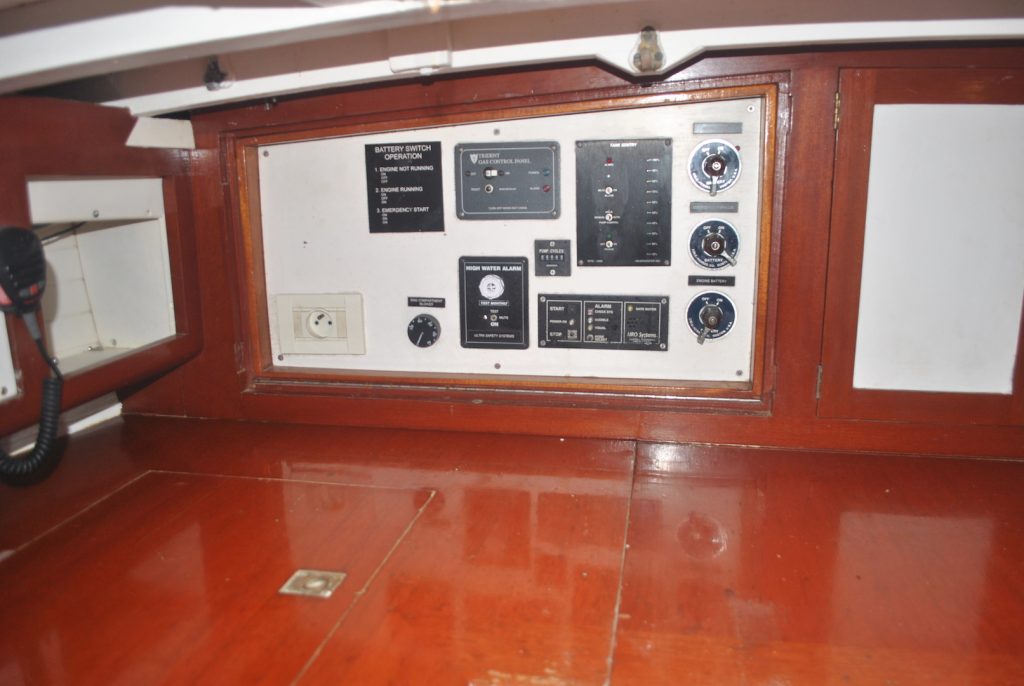 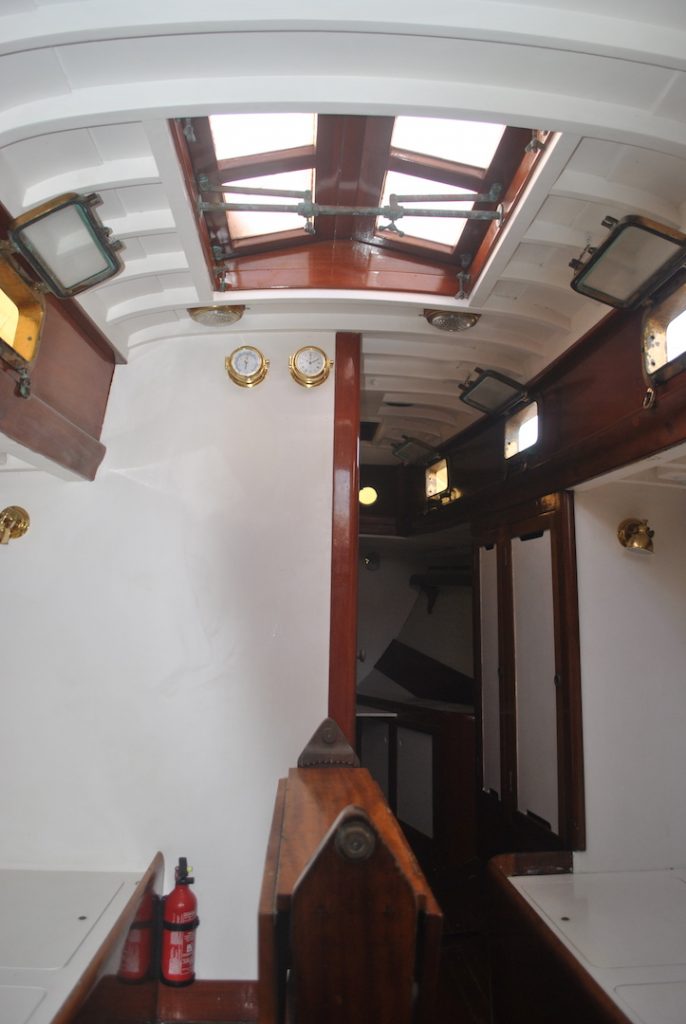 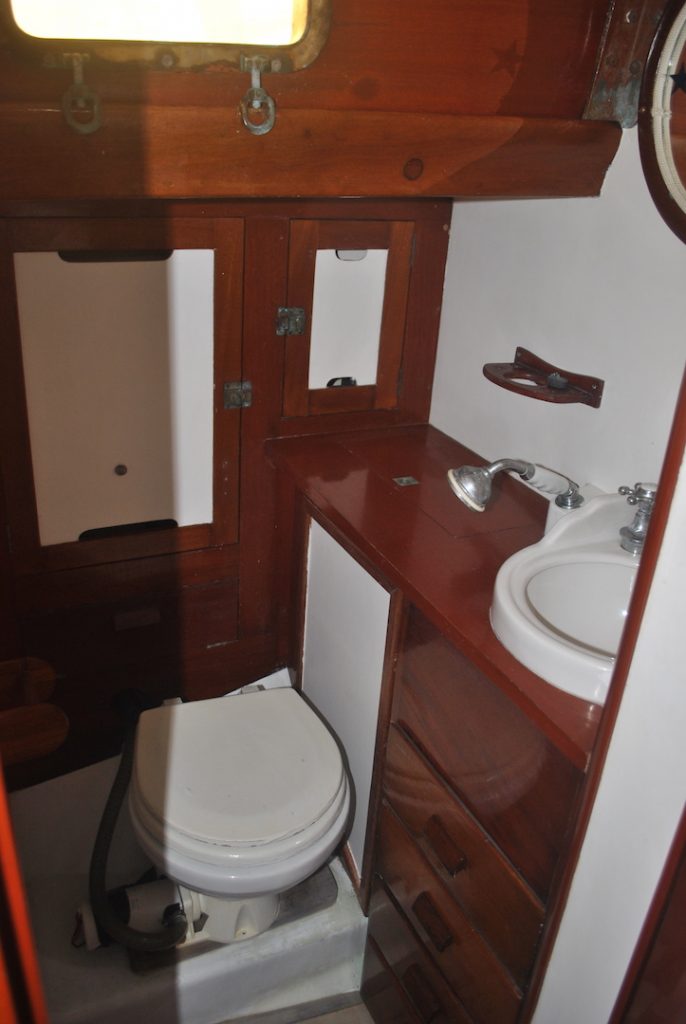 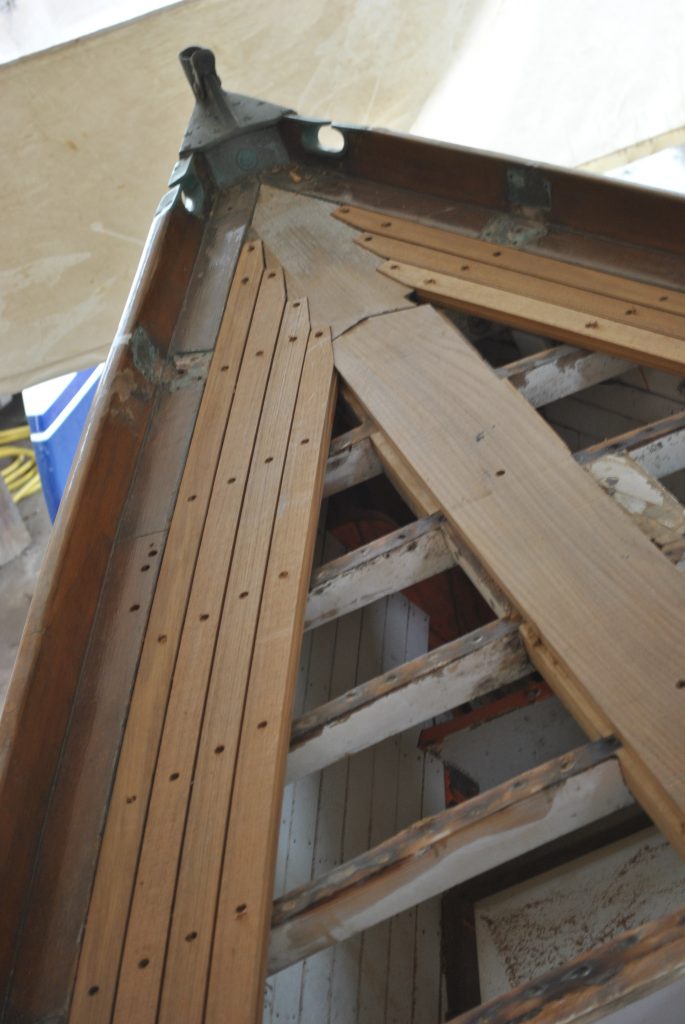 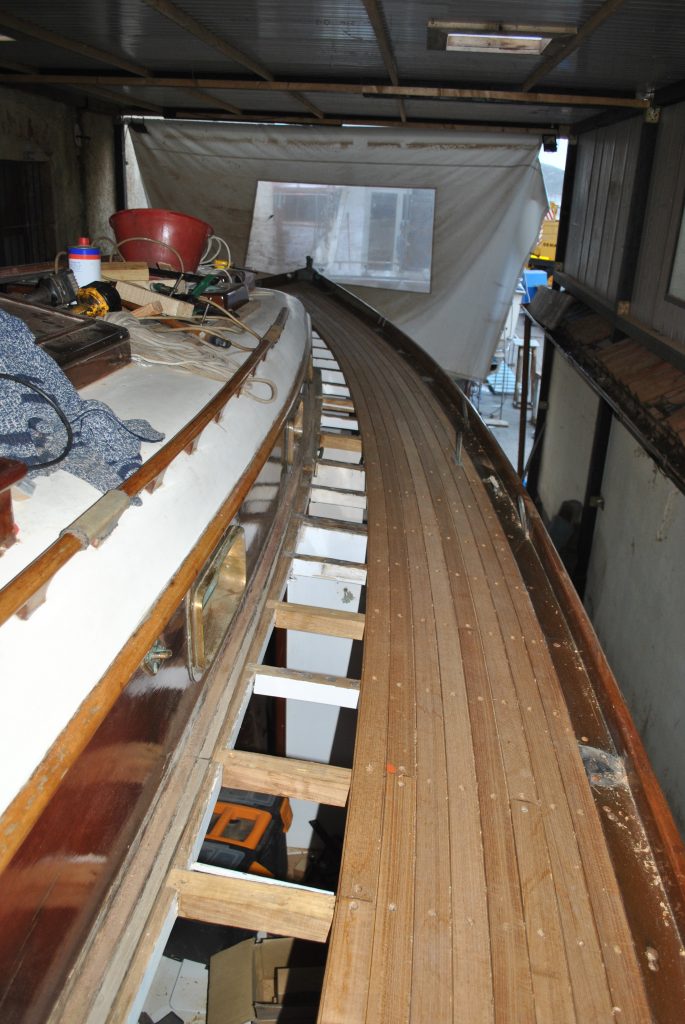 Loki was commissioned by Doctor Pinchot as an Olin Stephens design. She was built by the Albert Lemos yard in 1948. She is THE FIRST of the series. Pinchot and his wife, with a couple of friends in the early 50’s, decided to cross the Atlantic Ocean and arrived in the UK where they participated in the Fastnet Race and finished third. The incredible history was told in a book (Loki and Loon) written by Pinchot himself and available on Amazon.
The boat was purchased in 2000 by a French owner and COMPLETELY REFITTED in a US yard. You can find all the work made in this link http://www.youtube.com/watch?v=i5T02SvFokk
She participated in several regattas and now under Italian ownership she is based in NW Sardinia. In the restoration of 2000 the deck was not rebuilt. It was the actual owner who financed this operation in the new restoration of 2016. a wonderful blond teak deck, 20 mm thick, fastened directly to the beams as per the original S&S plans. A good number of beams have been changed too. The rig was completely changed and the whole planking refastened with new screws. Please see the pictures taken during the 2016 restoration.

Very good condition. Based in Sardinia, she is ready to cruise and race.

Loki is the first of a series of successful boats. The original Loki's, 'Loki' and 'Chance', are the two original Yawls built in the United States by the Albert Linos shipyard. The construction of these models then continued in Germany, in various shipyards, including Abeking & Rasmussen, the H Heidtmann Shipyard in Hamburg and others, for a total of at least twelve units built up to 1953. Loki is an excellent yacht for both cruising and regattas on the CIM circuit.

LOKI is completely built in wood. She has a Galley, bath, forward cabin, hanging lockers. Deck and cockpit with new (2017) teak deck, 20 mm thick, fastened directly to the beams as per the original S&S plans. A good number of beams have been changed too. The rig was completely changed and the whole planking refastened with new screws. Mahogany deckhouse.