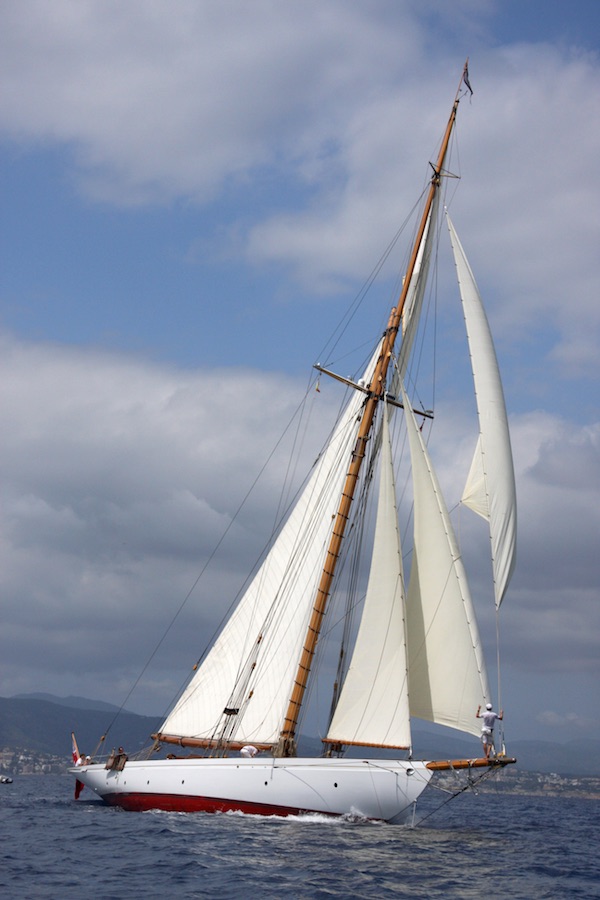 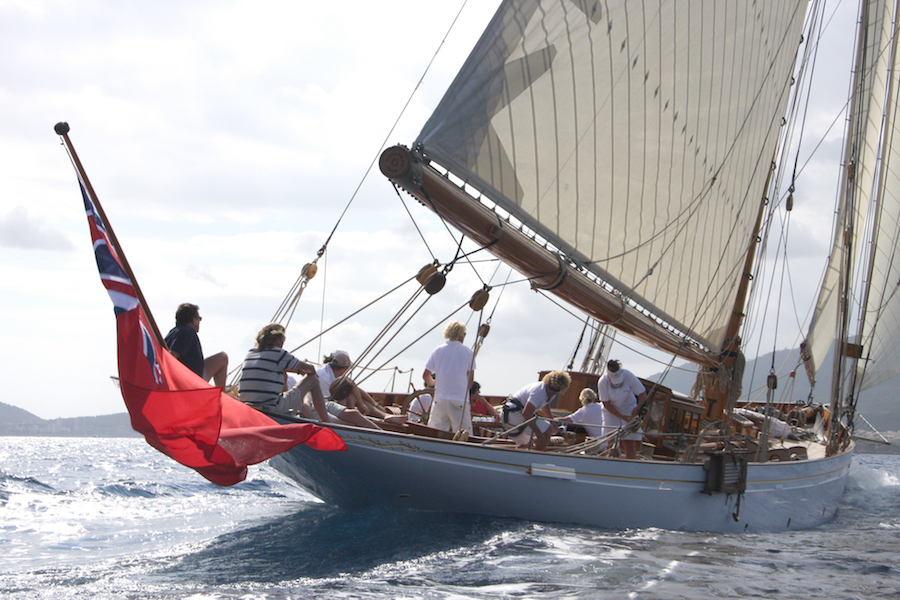 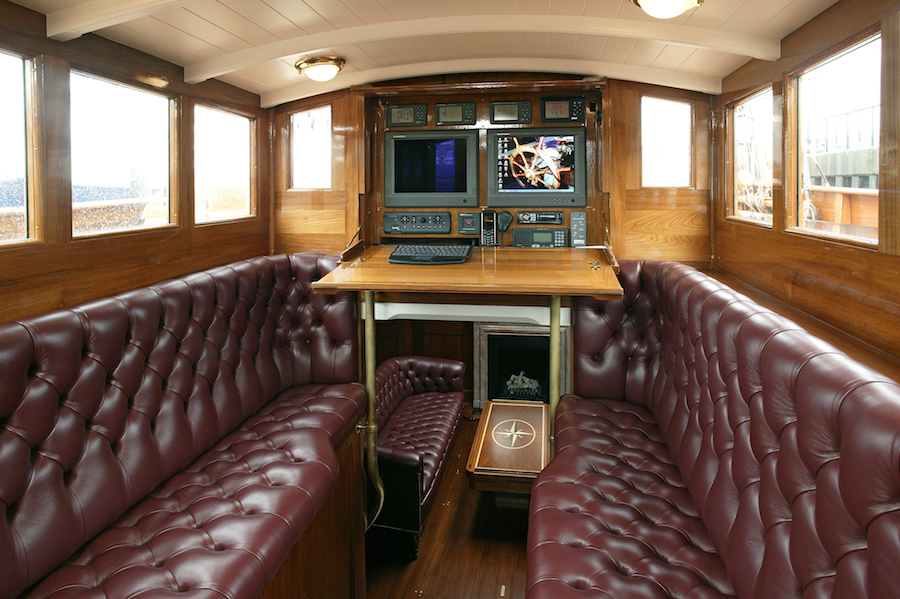 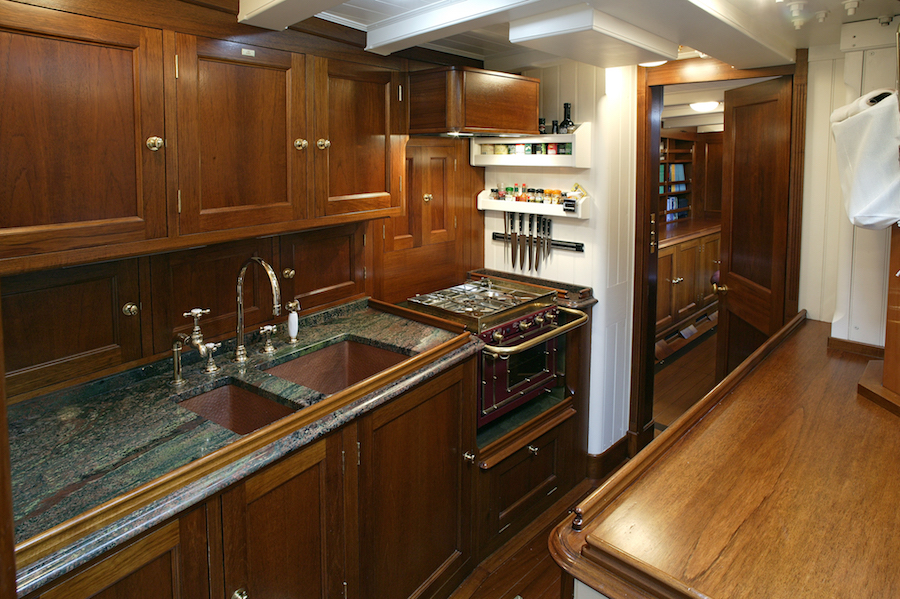 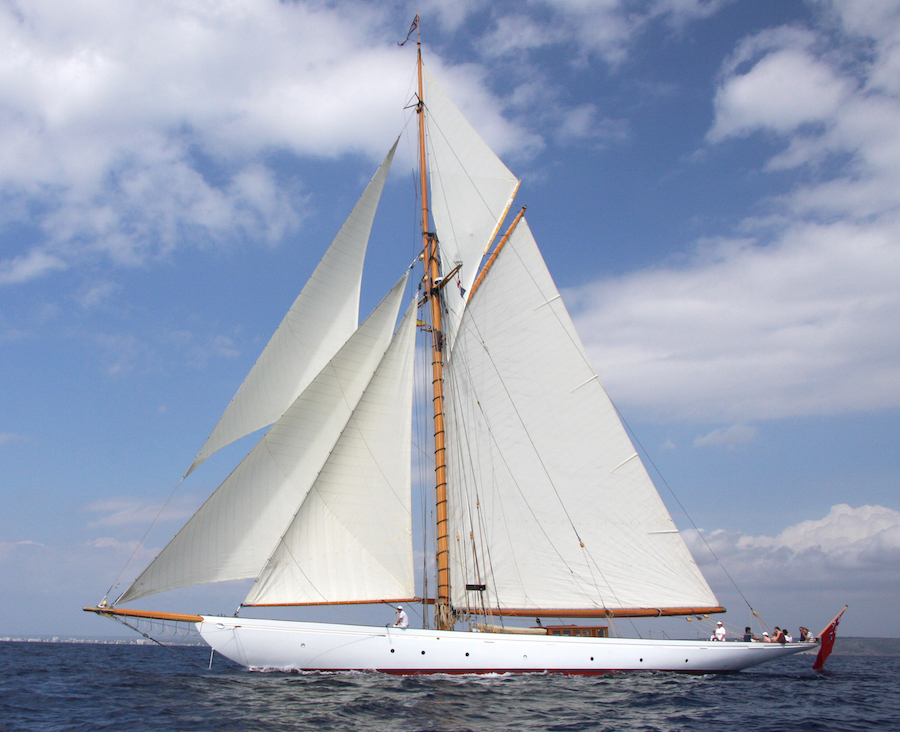 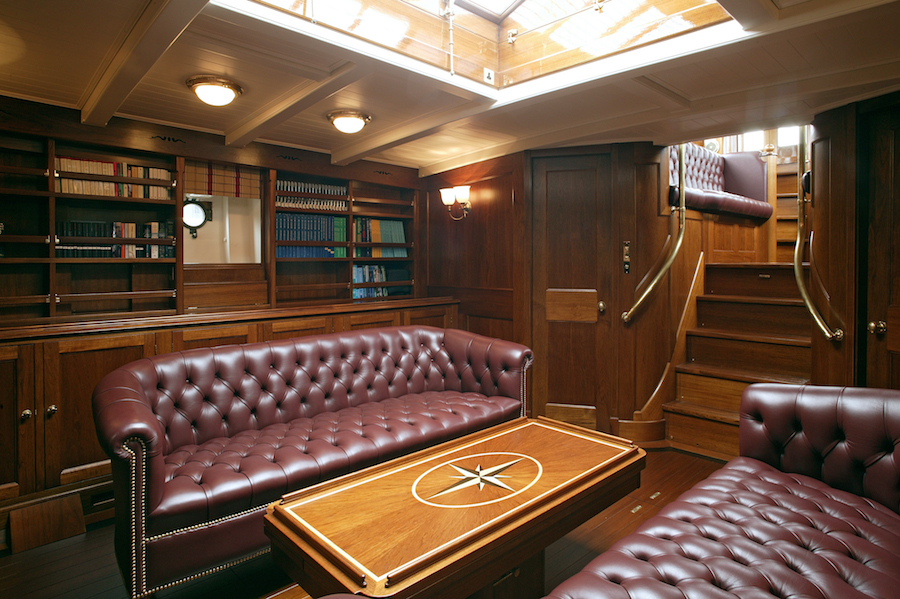 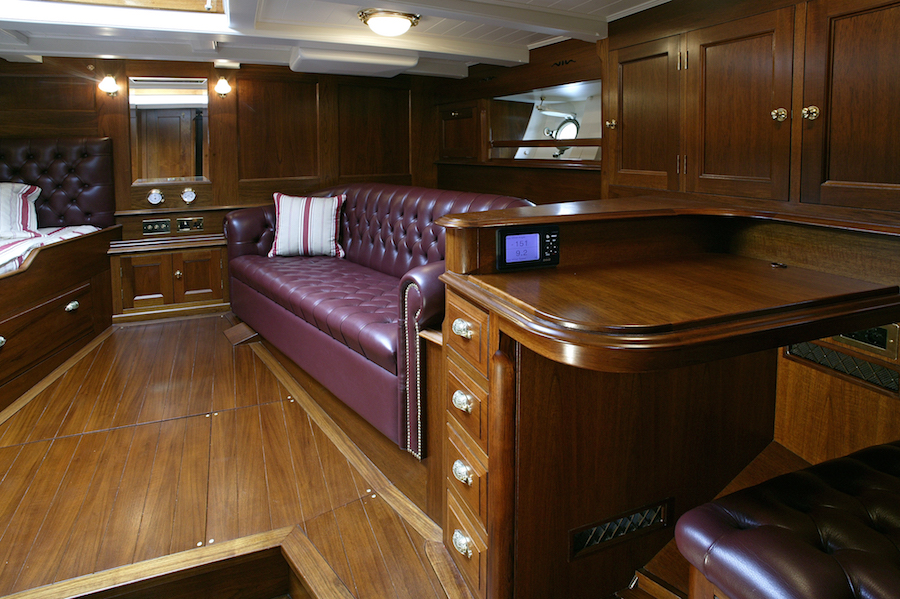 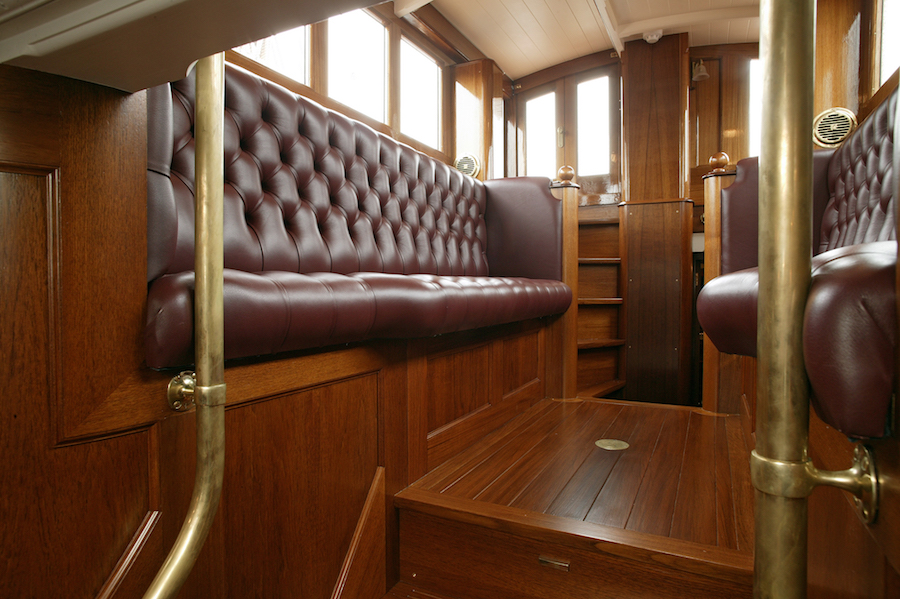 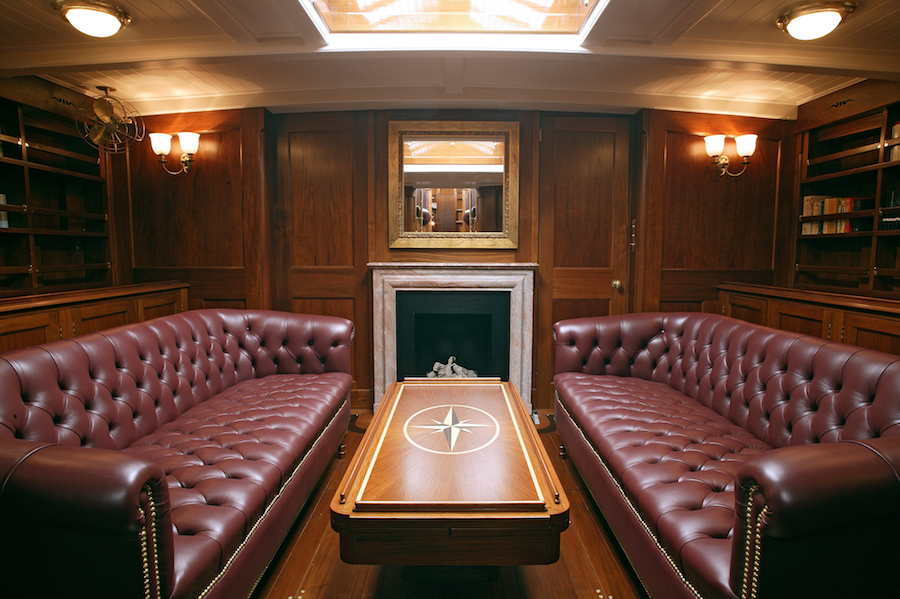 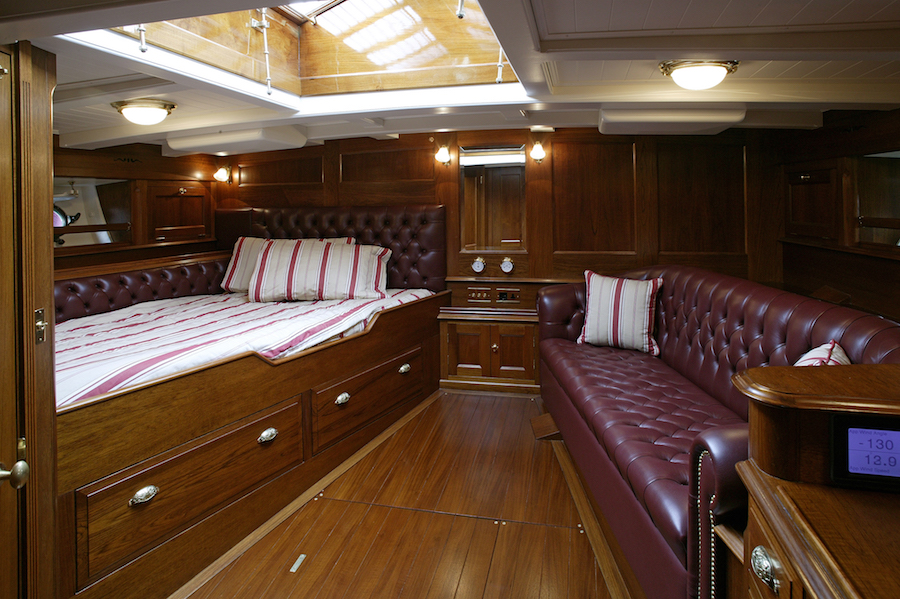 In 1911 Merrymaid is transformed into a Ketch.

In 1914 she was laid up in a Norwegian fjord for the duration of the 1st World War.

In 1919 Elizabeth Workman acquires Merrymaid, restores the original rig and campaigns her in the Big Class, racing her against such yachts as Britannia and Lulworth.

She was taken from Heybridge Basin in 2002 and restored in IMS shipyard in Seyne (2003) by Didier Waechter’s Moonbeam III skipper, Philippe le Chevalier. The restoration is said to have cost £5 million and she was briefly seen at St Tropez in 2004, but unfinished. In 2005 she was sold at auction and brought to Southampton Yacht Services (SYS) to complete the restoration.

In May 2008 Merrymaid left Southampton for a 3 year circumnavigation.

Originally built for Thomas Hardcastle Merrymaid was launched on April 30th, 1904 at the Camper & Nicholson Yard in Gosport.

Her first race was on June 11th at ‘The Dover Race’ where her contemporaries were impressed with her combination of speed and comfort.   The season followed with many races against fellow ‘Big Class’ yachts including White Heather, Valdora, Creole, Meteor, Cariad and Lulworth. She wrapped up the year by winning the King’s Cup in the presence of King Edward VII.