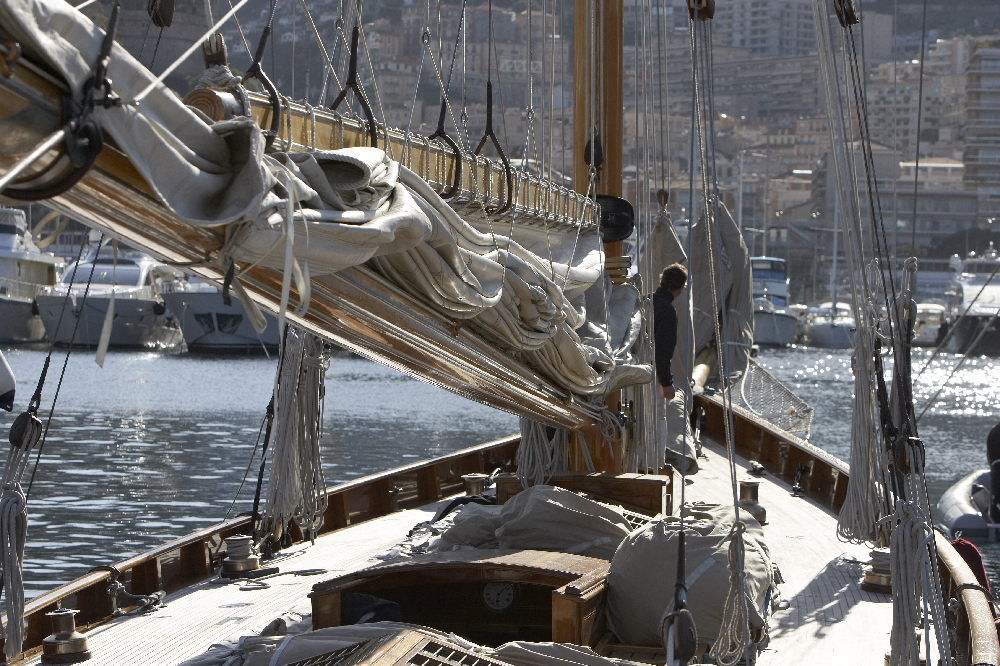 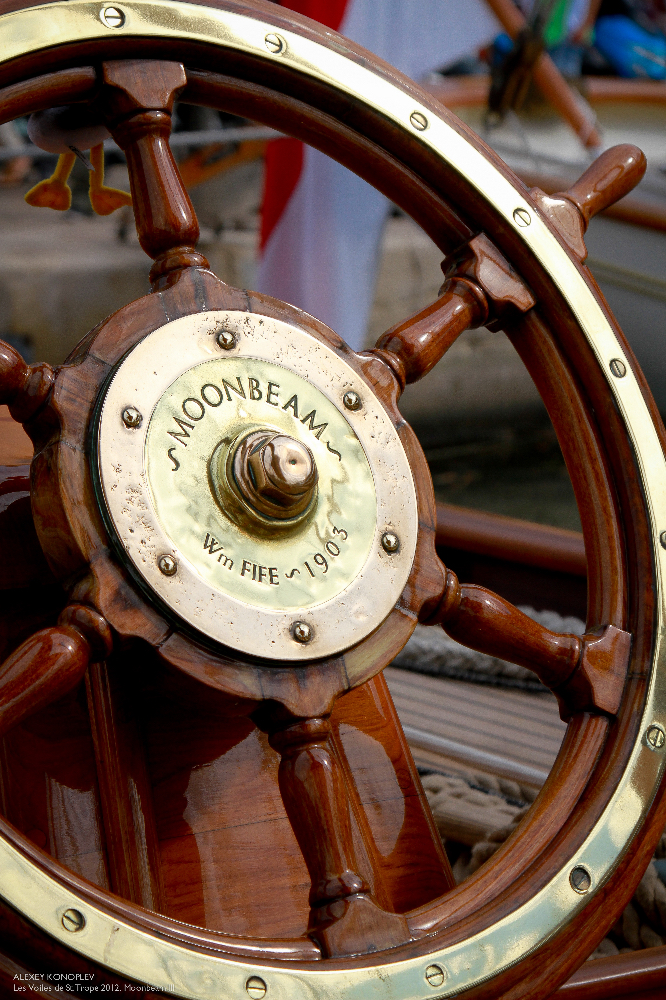 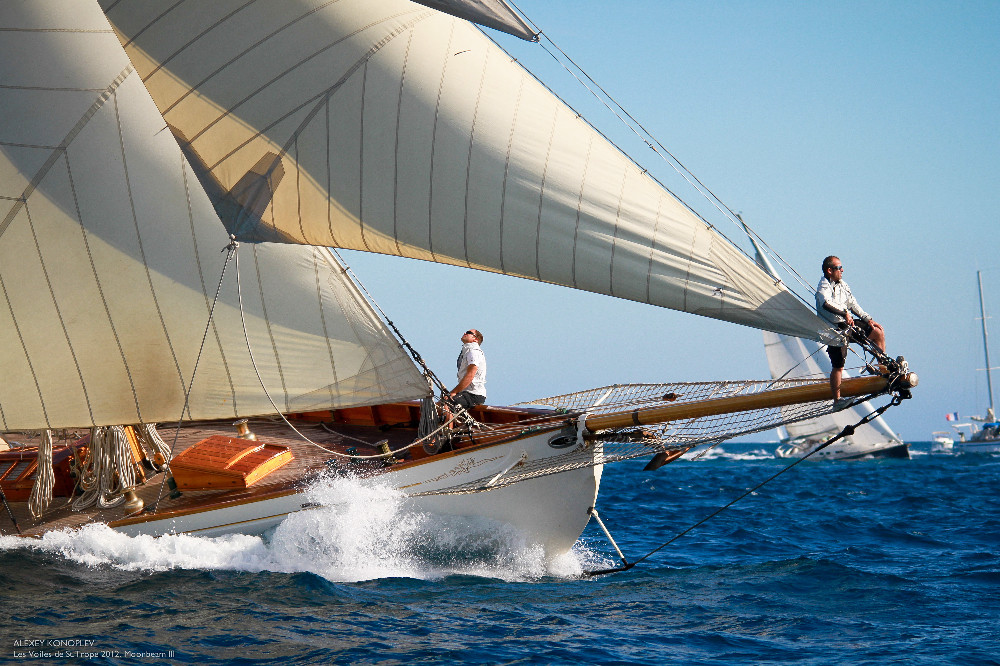 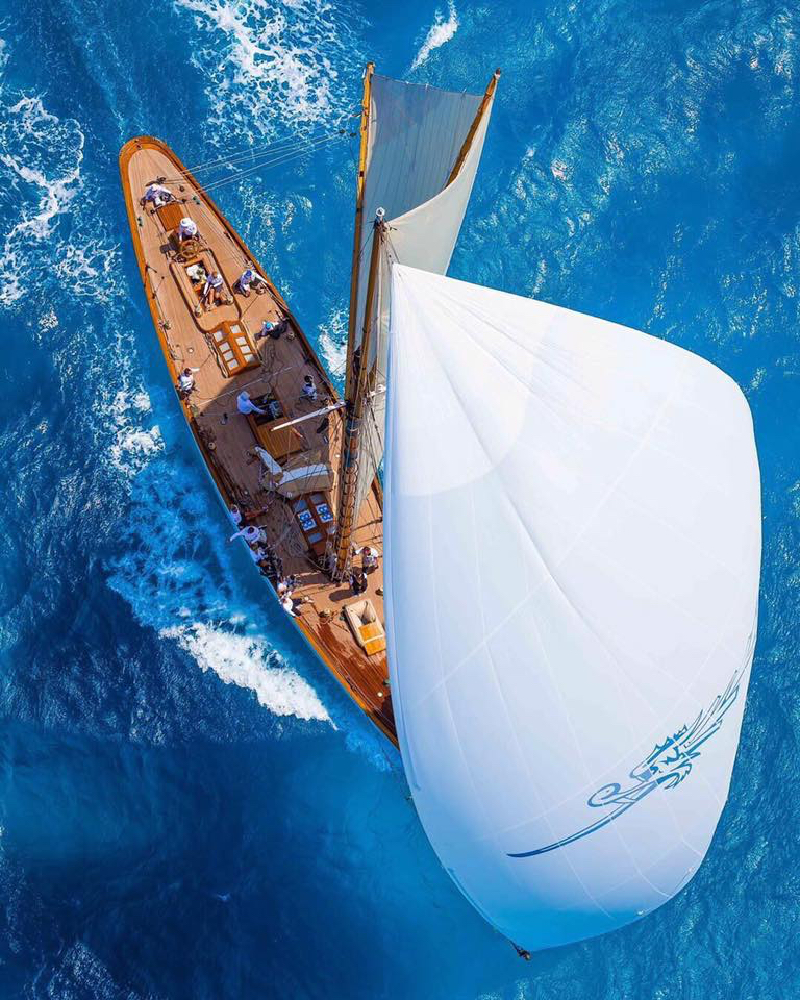 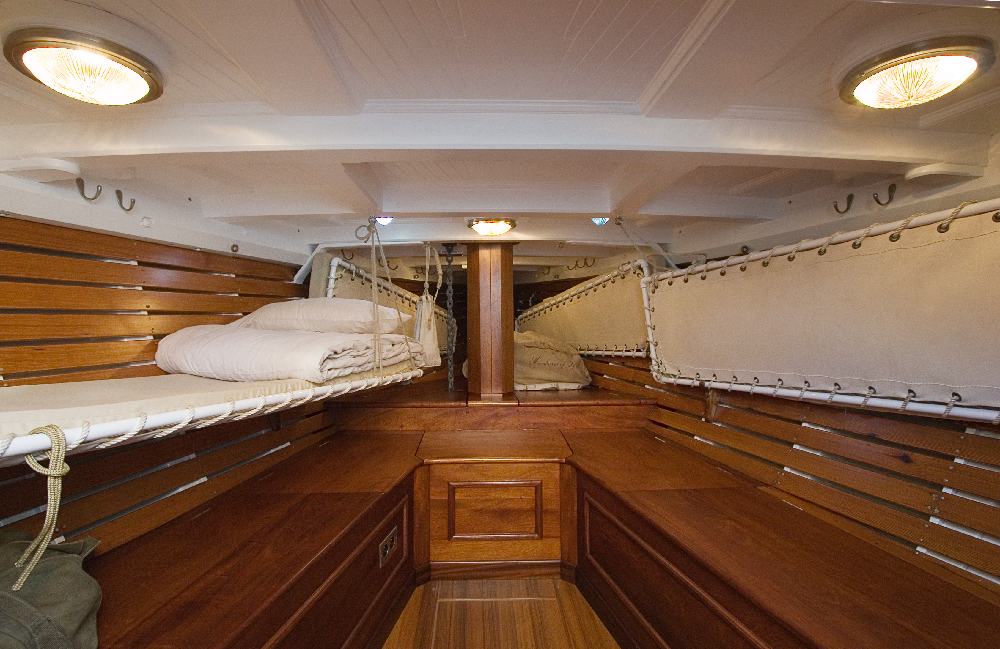 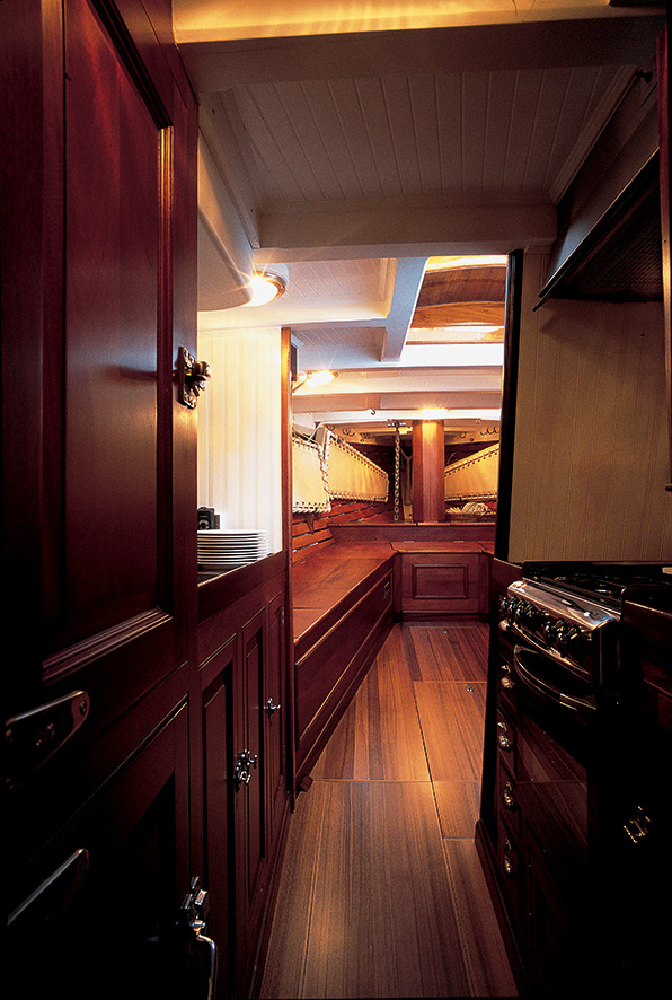 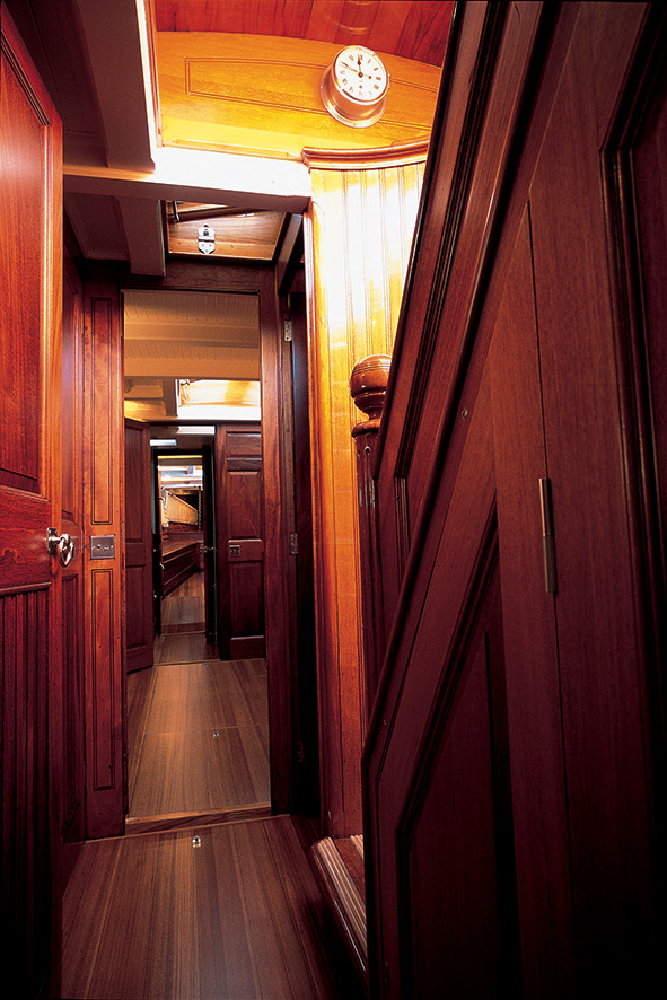 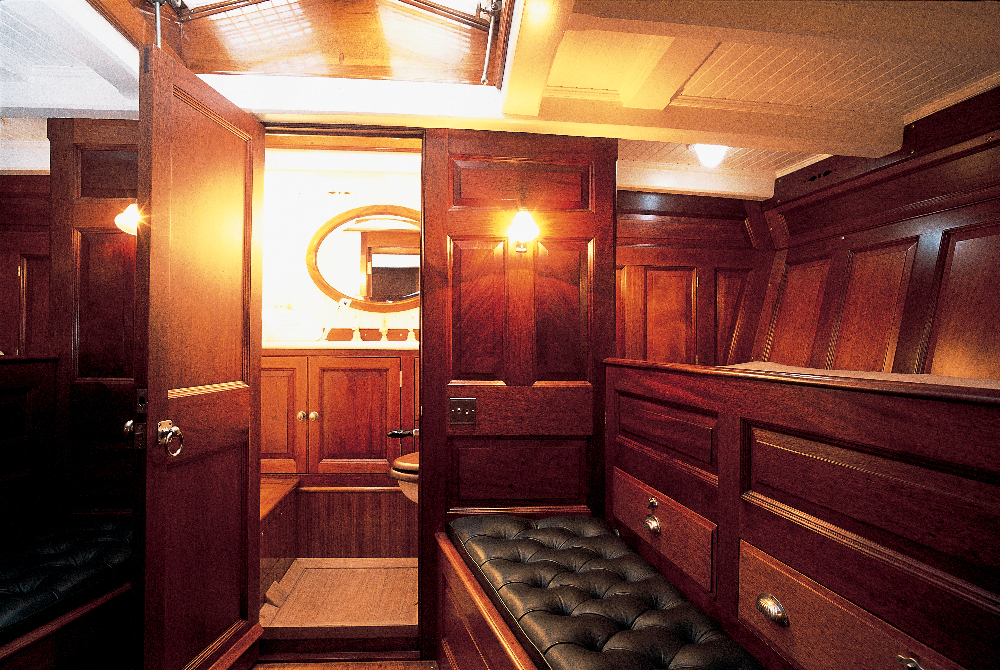 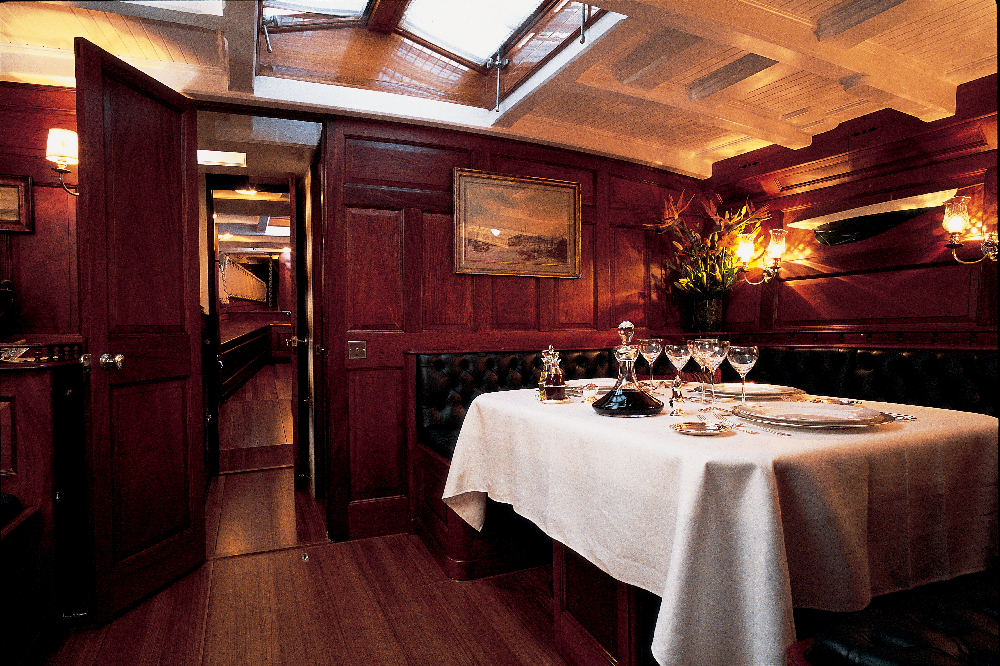 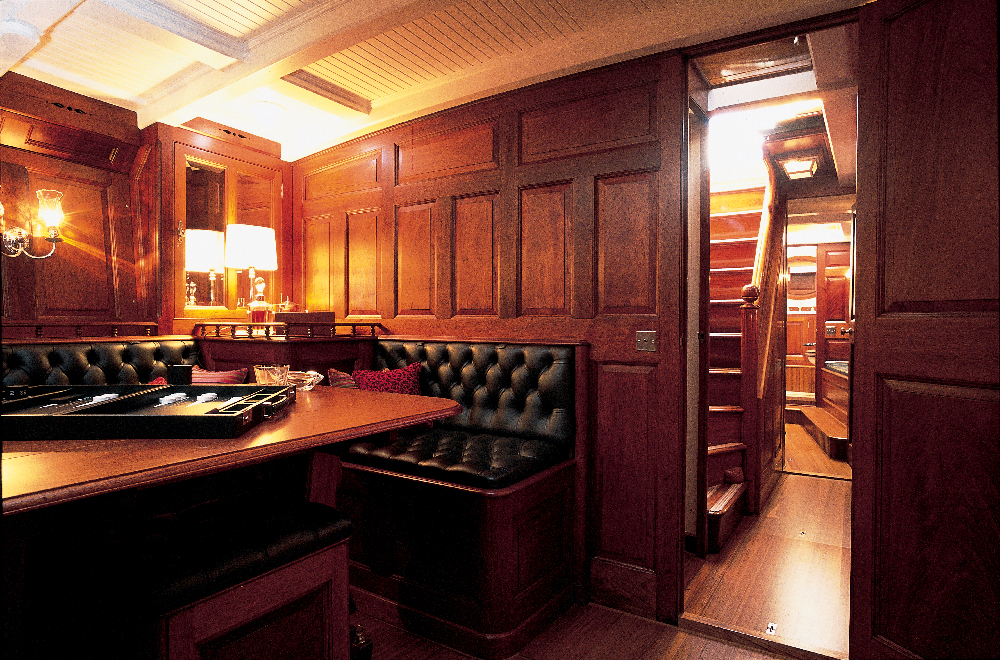 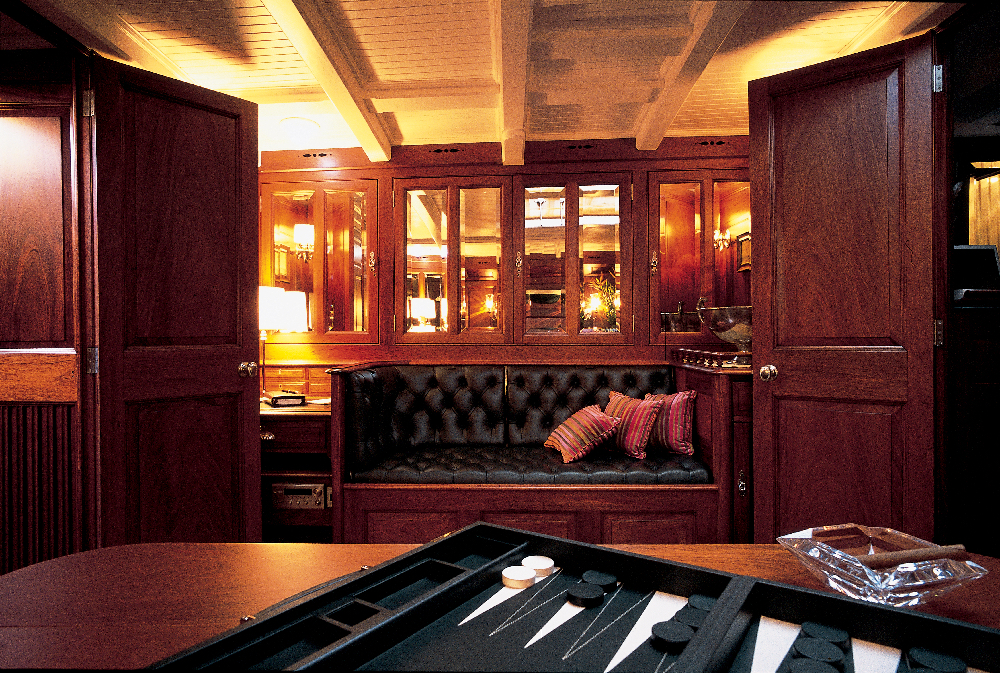 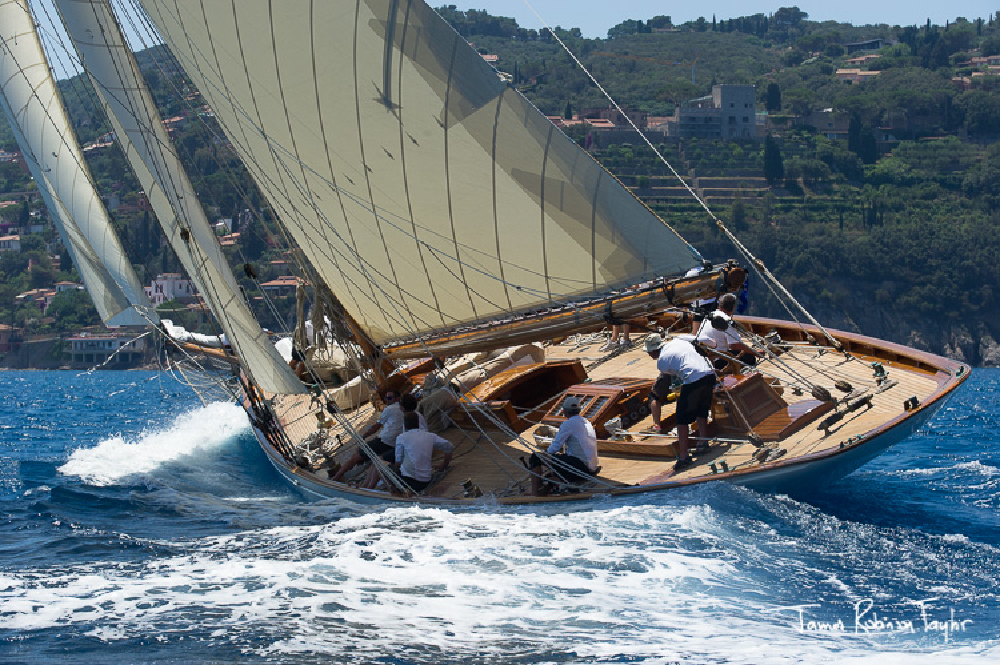 The story of the Moonbeams began in 1858 with Moonbeam I & II. In 1902 Charles Plumtree Johnson, an eminent London lawyer, decided to go back to William Fife for the creation of his 3rd yacht. Taking into account his revised sailing plans, he wanted to race under the new RORC rule which included sailing vessels with fitted-out interiors. Moonbeam III (now Moonbeam of Fife) was launched as a yawl in 1903, hull n° 491 to leave the Fife yard.
The result was a magnificent yacht which has now become one of the most successful and recognised classics in the world. Her streamlined shape, handy size and large sail area make for an extremely beautiful, comfortable and fast vessel.

MOONBEAM, MORE THAN A CENTURY OF HISTORY

• 1903 - The birth of Moonbeam III N°491 with Charles Plumtree Johnson.
• 1920 - The yacht is sold on to Mr Fernard Maroni a Parisian businessman who owns two other boats Thaïs (ex Bamba) and Nixie. She is then re-named Eblis. After just a season of regattas in Brest, she leaves Brittany for the Mediterranean and Cannes becomes her home port. The yacht continues to take part in numerous regattas and wins the Mediterranean Cruising Race in 1928.
• 1928 - Eblis participates in cruiser racer events in the Mediterranean and wins on
several occasions.
• 1930 - At the beginning of the 1930's, Mr Fernand Maroni sells Eblis to Mr Raymond
Philippe. The yacht stays in Cannes.
• 1947 - The yacht is then sold to Mr Félix Amiot, the famous aeroplane constructor.
She then goes to the Cotentin region (North West of France, near Cherbourg) where she lies on the hard for 24 years in CMN, the owner's ship yard.
• 1971 - Repurchased and restored by Mrs Anthony, the yacht is based in the
Aegean Sea, where she is put out for charter in 1974.
• 1979 - Doctor Poncia becomes the yacht's new owner. Moonbeam is taken by
cargo ship to England where she will spend almost 10 years being restored at the Camper and Nicholson shipyard. It is now recognised that this authentic restoration is the 1st of the new approach to preserving the history of yachting.
• 1988 - From now on Moonbeam becomes a gaff cutter. The helm is now fitted with a wheel and she is equipped with winches and electronic navigational equipment. Down below there is little change to the beautiful mahogany interior.
• 1989 - Moonbeam is sold at auction by Sotheby's. She passes through the hands of several owners of different nationalities, celebrating her 100th birthday in grand style in 2003 on the island of Porquerolles.
• 2005/6 - Moonbeam returns to the Southampton yard famous for its work on Fife yachts, Fairlie Restorations, and has a lot of good work done. This included, but not limited to: New Deck; stem; some frames, planks and floors; electrical and plumbing work; s/s Tanks; Perkins engine; Covering board; Bulwarks; All cabin soles; galley; all varnish work; Boom, Gaff etc., all replaced new by their superior craftsmen.
• 2016 - Moonbeam of Fife is again purchased at auction by the present custodian, and a new and happy chapter in her long and eventful history begins. She participates in many regattas over the years with the following results:

Moonbeam of Fife is a 30 metre gaff cutter from 1903. She is the 3rd in a series of 4 Moonbeams built for the eminent London lawyer Charles Plumtree Johnson. She has spent many years in Mediterranean waters both cruising and racing and is kept to the highest standards. A beautiful Fife design she boasts grace and elegance both for those on board and for those viewing from afar.