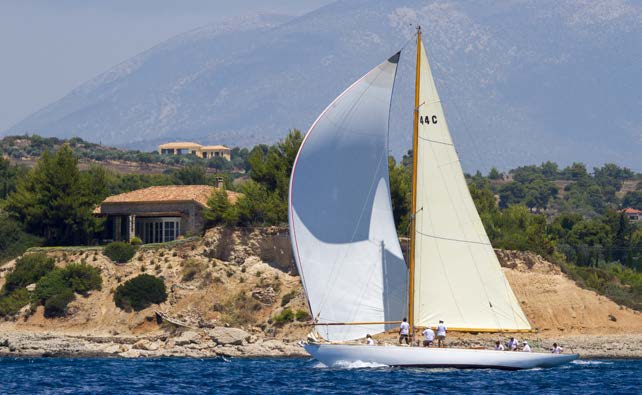 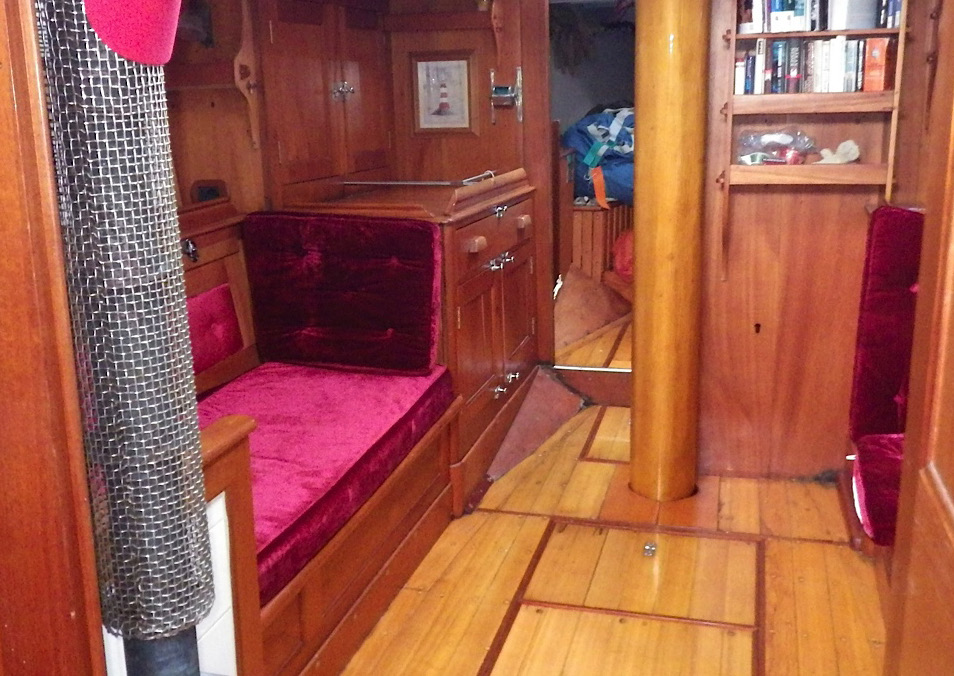 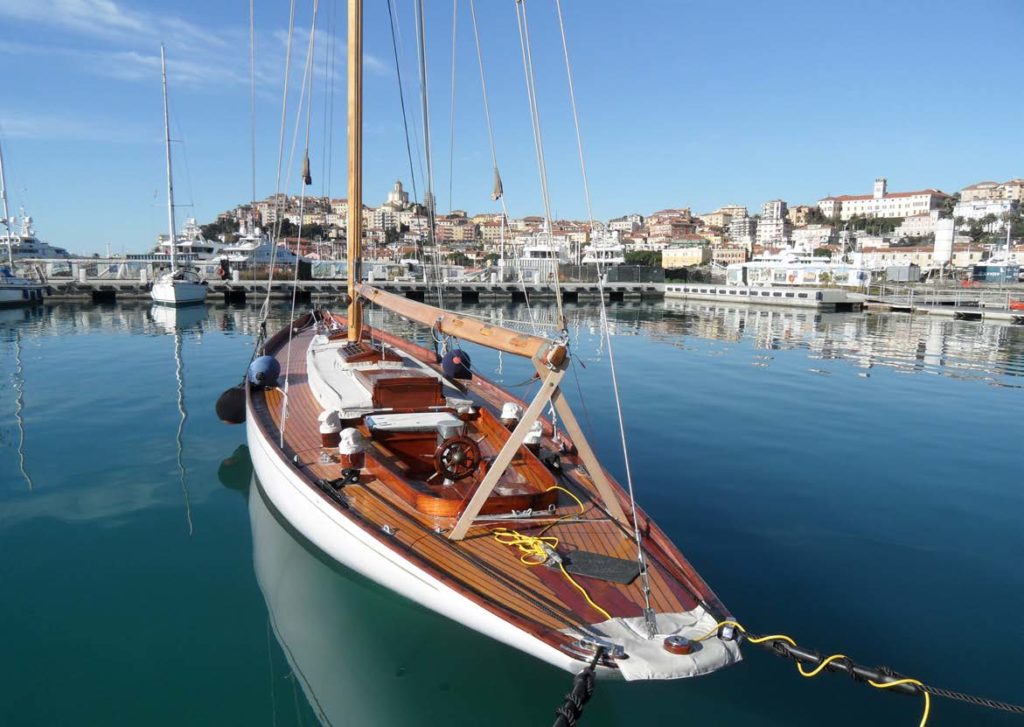 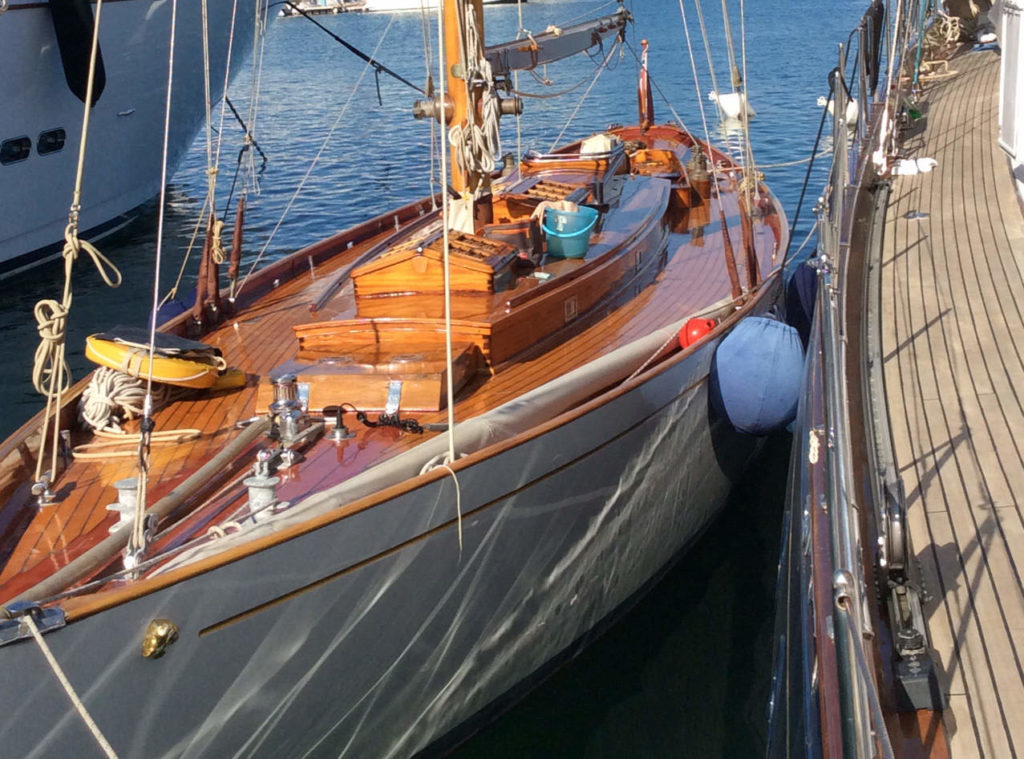 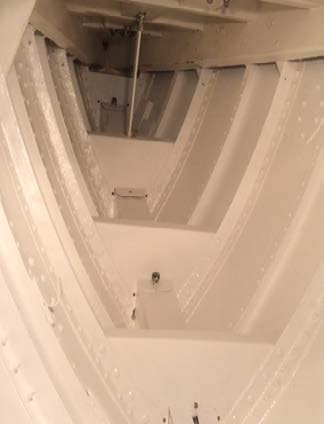 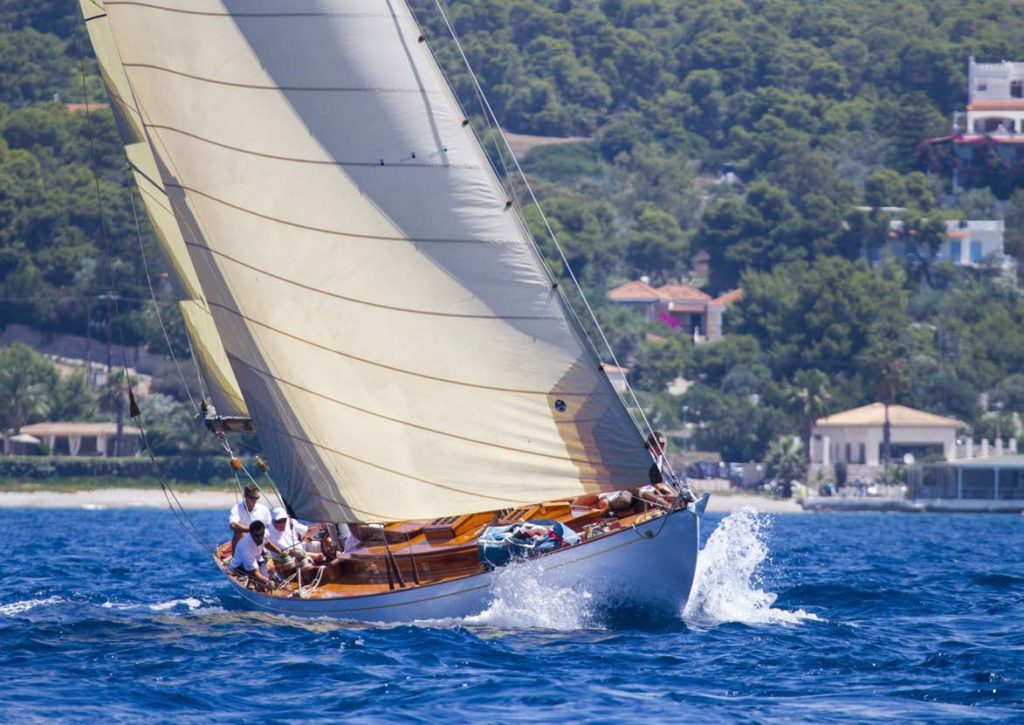 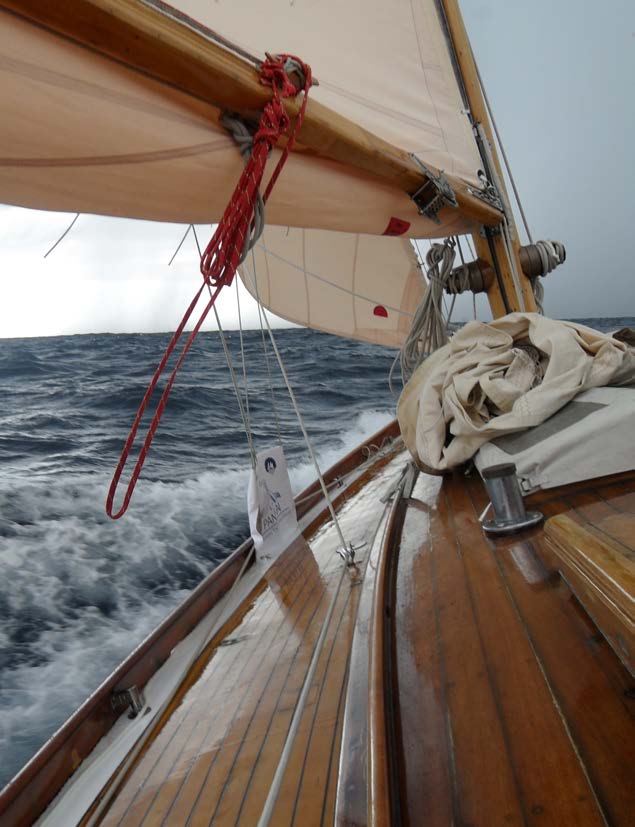 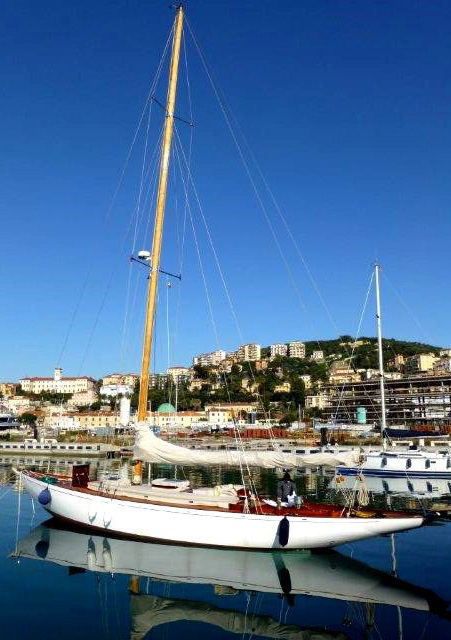 Design influenced by the Metre Classes, built on spec 1938, sold in 1940, and laid up for the duration of World War II. The last of the real Fifes to leave the Fairlie yard.

1940-1974 SOLWAY MAID was owned by F. Ivan Carr and sailed in Scottish waters extensively, maintained in original form, except for replacing the tiller for wheel steering. She remains the least altered of all Fife's designs, and a formidable competitor on the Mediterranean racing circuit.

Solway Maid is of significant historical importance, being as she is the very last yacht to be designed by the great master William Fife III and also built at his yard at Fairlie. After his death the yard continued to exist, but never again was the combination of his design genius and master craftsmen found in the same vessel.

STRUCTURE
The hull of the Bermudan cutter “SOLWAY MAID” consists of mahogany planks on L-shaped 316 L stainless steel frames and wooden frames. 90% of the steel frames were replaced during the restoration works. The shell was then thoroughly caulked and coated externally with single component MIGNON paint after the laying of primer and the bottom was treated with white antifouling. The yacht is now painted in white. The yacht was sealed internally with epoxy primer and then coated with polyurethane paint. The entire deck structure was carefully reconditioned and the deckhouse was thoroughly rebuilt. Mast, boom and rigging were removed, fully overhauled, serviced and varnished . The chain plate ends located amidships on port/starboard sides were reinforced by welding new stainless steel bearings into the eyelets. The shroud plates on the mast top were reinforced and welded where necessary. The supporting base at the mast bottom was also thoroughly renewed by building a steel keel matching the existing one. Also the keel bolts and nuts for the lead keel were renewed during the restoration works. Even afloat, the bilges are now found completely dry. In particular, the bilge well situated below the engine was not only dry, but also clean and free from oil and/or Diesel oil leakages. The yacht is equipped with 2 x bilge pumps: No. 1 hand- operated pump (original tting arranged in a new position, more easily accessible); No. 2 automatic electrically operated pump (newly supplied).

INTERIOR
All yacht interior fittings – including furniture – were disassembled, freshly painted or varnished and set back in place. Structural improvements aimed at reinforcing the interior/accommodation sole were also carried out. All bronze water inlets and drains were renewed and connected to one another with an anode-to earth system.

ENGINE
The YANMAR 44 BHP engine had been used for 610 hours. During the yacht restoration, the engine was dismantled; service tested, freshly painted and setback in place on completion of the above works. The shafts-line was also replaced. All diesel supply pipes were renewed. The stainless steel diesel oil tank (capacity 100 litres) was removed from place, emptied, cleaned and replaced in its original position. The diesel pump was also renewed during the refurbishing works.

BATTERIES & ELECTRIC POWER APPARATUS
The 12V and 220V electric power apparatus fitted on board SOLWAY MAID was renewed during the restoration works. A certificate of compliance was issued confirming that the apparatus duly fulfilled all regulations /requirements and is fitted with magneto-thermal switches. Also the batteries –, 2 x units for the WC and 1 x for the main engine (95 A) -- were new and fitted in place in October 2012 together with the alternator and battery charger (DOLPHIN).

The very last yacht designed and built by the legendary William Fife III she has been completely restored and continues to compete at the highest standards at the classic yacht regattas of the Mediterranean.